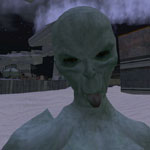 Mono is a ghoul with a big heart and a friendly smile. Sealed in formaldehyde, they are the pride of his preserved organ collection.

When he grows up, he would like to be a despot, but until then he is content to gather and spread information to the denizens of the wastes. Prices and accuracy may vary. 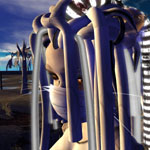 Painter, photographer, avid gardner and all around dork theblackcloud oh can be found scurrying about in Bloodmoss Swamp.

You’ve probably seen her around at events in the Wastelands or have heard her giggle in voice. She’s the tiny white mouse running around with blood covered blades or white cyberwings… perhaps not one would expect, but then this is the Wastelands.

She’s joined the ranks of the Post Apocalyptic Press as their latest Paparazzi, so if you see her around give her your best smile or grimace… because her shots won’t kill you, they’ll just freeze you in time. 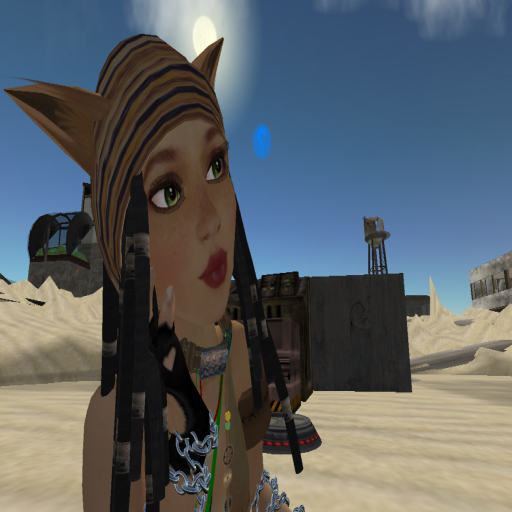 A refugee from a darker place, Odonta Zemlja just kind of ended up here and liked what she saw. Friendship in a world of destruction, laughter in the furnace of hell, bubble baths in toxic waste, what’s not to love? Always good for a friendly chat or a helpful tip. More than likely thinks you’re funny as hell, and not just because of your freakish growths. Holds out hope that pretty green things might one day reign again. 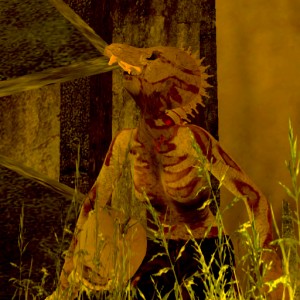 I’m pretty sure you saw that mutant.
She’s all skin and bones, seems to be kind of aggressive and attacks folks that pass her way.  I heard she’s eating raw human meat and steals children’s lollypops and there seems to be some witchcraft going on in that bunker she’s living in.

I’ll tell you something…she writes a book.  We’re not meant to read a single word of it! Does that stop a real Wastelander? 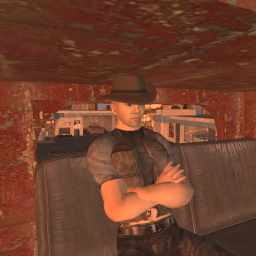 If there’s one thing Kezz loves more than himself, it’s combat. When he isn’t taking pot shots at the travellers and vagrants that come and go throughout the Wastelands, he can usually be found managing the guards of the Trade Post and trading supplies for more ammunition. 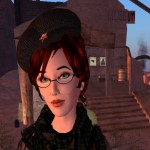 Patrice Cournoyer came to Wastelands from another fighting world ((IAL)). She also worked with NeoBokrug on a game played on ice with iron shoes!! She is curator of the Wastelands Museum near the WL bunker. She is human, a Renegade. She tries to be helpful but there are certainly Wastelanders who think she is worse than useless. She is enjoying being a journalist.  Scavenger Knife is her favorite weapon. 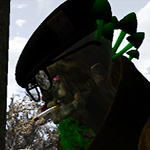 Formerly Syruss was a shadetree mechanic, with a passion for dismantling perfectly useful machines.  Fortunate in life to have been book educated, re-learning to read was not so difficult.  It is debatable when his mind lost such stolidity.

Perhaps when the rifle round smashed through the left side of his face, ripping away bits of bone; and his nose, smashed and danging by its septum. It might have been somewhere in between, wading the bogs for junk with open wounds; possibly his love for fresh mushrooms and swamp fauna led to more than an acquired taste for ghoulification spores.

He is stern, and often washes blood with blood, even his beaten body might snag you by the ankle – but something hasn’t (or couldn’t possibly become anymore) rotted in that old moldy head as he will throw his life away for beliefs.