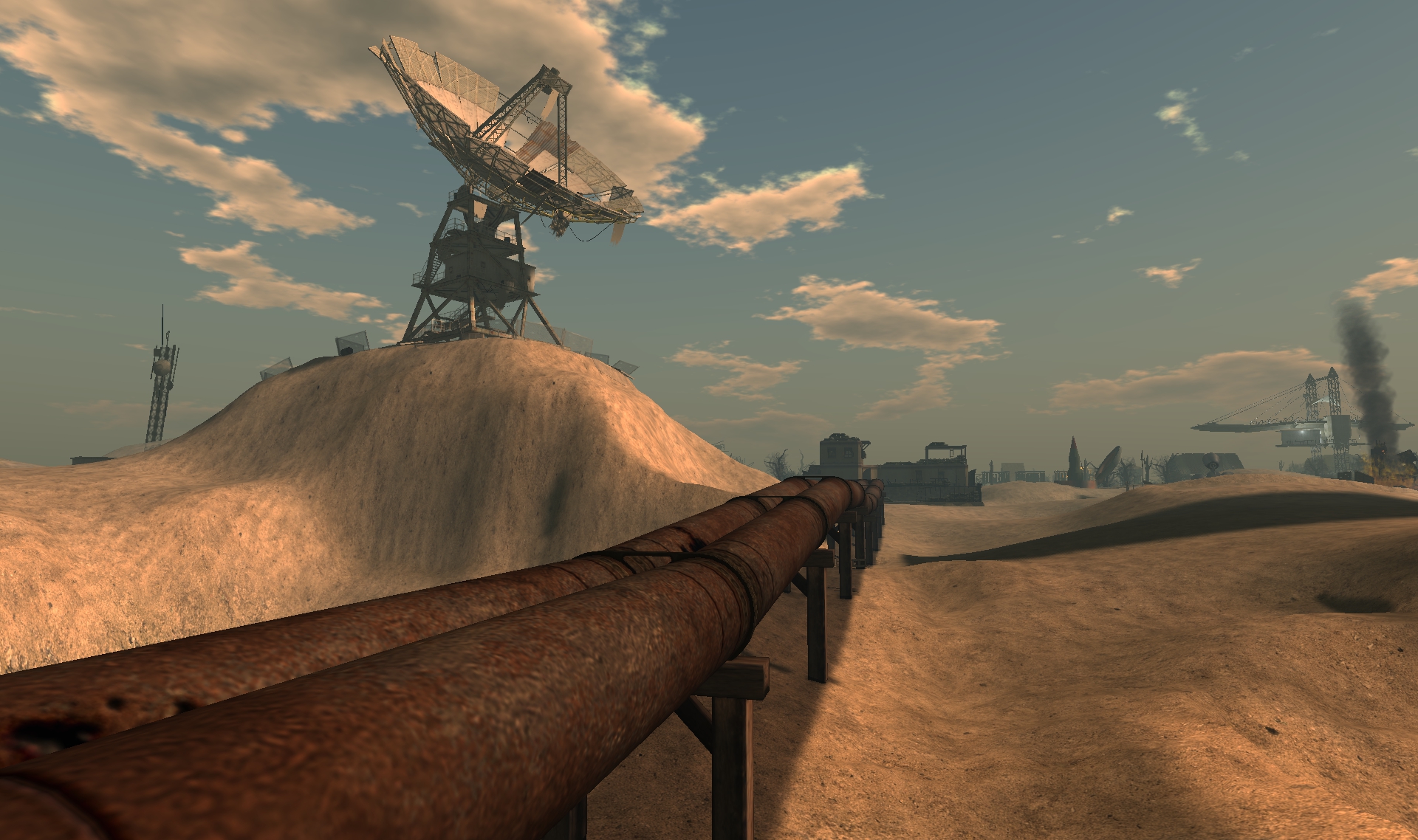 The Season of Revival seemed to seek nothing but punishment.  Late ice storms, snow storms, and general coldness keep scavengers bundled up, even as the Season of Violent Winds drew near.  The Buzzards still seem to be nesting, even though other food could be found again – but a brief yet hideous infestation of Cinder Beetle Larvae seems to promise a great number of Juvenile Cinder Beetles in the future.  (Though one can’t help wondering where last span’s surviving juveniles have gone — and whether they’ll come back, larger and angrier.)

The Season of Violent Winds is proving itself even more violent than anyone expected.   Some of the same fell signs that forecast doom in Bloodmoss Swamp have been seen again in Malady – eerie flashes of light.  Vile gurglings deep within the muck.  Brief eruptions of particularly foul gas, and strange changes in the bloodmoss itself.  When Bloodmoss got the crud, a lot of its inhabitants fled south to Malady Bog, where the bloodmoss seeded and grew, too.  It all seemed safe enough.  In hindsight, maybe we all shoulda known we were on borrowed time.  But if we didn’t live somewhere dangerous, we wouldn’t live anywhere at all.  Those who live there have been packing up and moving out, finding somewhere new to squat somewhere well away from the swamp – and away from even Hambone Slash, for good measure.

And those who don’t live around here… well, maybe we’re more durable than we think.  Stranger after stranger has been found collapsed in Hambone Slash and Malady – apparently more vulnerable to the crud of these lands than we are.  Their remains have been carried to a burial ground in Hambone Slash, where various totems have been put up in their memory.   And, in a way, in memory of memories not yet forged — people we’ll never get to meet in those lands.  Fights we’ll never get into, drinks we’ll never share.  Views we’ll never see again, of the trees and the dunes and the sun setting on that horizon.

As if that weren’t enough, some sort of sickness is going around — even the hardiest Wasters, like Mutants and Ghouls, speak of having itchy throats, fatigue, congestion with some bloody coughing or vomiting from this Plaig.  There are reports of people showing symptoms in the Junkyard, in the Cape, in Hambone Slash, and in Cormac – wherever a sick person is near anyone else, even if they’re not near enough to touch.

The superstitious might say there’s a curse on these western lands.  Or maybe all these lands.  Or maybe it’s just bum luck.  But in the end, it don’t much matter.  This land has been trying to kill us all, even when we’d only explored a fraction of what we know now.  We always seek to rebuild and regrow, and the spite and madness that seem inherent to the world only try to come back in greater force.  But so do we.  Each span stronger, each moon more resilient.   There’s no poison, no rot, that can touch our memories.  We might never walk those lands again, but all we’ve seen and built and done there will live on where it counts — in our minds.  In the memories we hold, and the stories we tell to the new.  The world we live in might get a little smaller.  Our bodies might grow weak.  But our spirit never shrinks.

THIS WEEK IN THE WASTES:
SATURDAY

Dance On The Graves @ The Victims’ Memorial, Hambone Slash 1:oo – 3:00 SLT
A memorial to the hypothetical first victims of the bloodmoss, and to the regions themselves.
Beginning with DJ Kendo Inaka

Dance On The Graves @ The Victims’ Memorial, Hambone Slash 4:oo – ??? SLT
A memorial to the hypothetical first victims of the bloodmoss, and to the regions themselves.
Continuing with DJ Aposiopesis Fullstop

Guerilla Learning @ TBA 4:00-5:00 SLT
Thematic documentaries and post-apocalyptic television, at a different spontaneous location every week.
This week: The Colony and Thundarr The Barbarian

Recent sessions of Guerrilla Learning have been held everywhere from the Bog to the Cape to the border of Hambone Slash.  The showings of The Colony have now reached Episode 6, where the colonists had some of their most hopeful moments — and were made to cope with loss.  Episode 6 of Thundarr The Barbarian was shown, as well,  which addressed the battle of the sexes with hammer-like lack of subtlety only an early-80s children’s show could provide.  For the alternating weeks’ features, showings have included everything from more episodes of Human Planet, addressing how civilizations thrive in jungle climates, to the entire run of the obscure Channel 101 comedy series The Wastelander.

The spirit of Zelara, the slain fortune teller who got the adventurers started on their quest, and whose spirit has been housed in her trusty Harot card deck, has found her peace at last.  But not before one last work of magic with the cards: each member of the party got to draw up to four of the mystical cards, each of which would bestow some boon – or some horrible curse. For instance, the druid received a Wish, which she used to transform her trusty dinosaur companion into a dragon. The party’s mage, unfortunately, got permanently enlarged – while his intelligence, charisma, and wisdom were permanently reduced.  Since he was no longer able to be of service to the party, they headed elsewhere and enlisted the services of a cleric, then set forth into the castle once again to fight the Gray Maidens and make their way toward the Queen.

The Community Meeting notes for March and April can be found on the Forums.

March’s meeting focused, in particular, on the features of V2.  Neo revealed that it will be skill-based instead of class-based, to allow players more flexibility in their characters.  Item quality and gradual wear will be a new feature of the weapons – more skilled crafters will be able to make items with higher durability, while novice’s weapons will be of lower quality.  As weapons are used, they will gradually wear down, and will need to be repaired.  This will mean that even veteran players will still, most likely, need to keep hunting for scrap — and that instead of just selling guns, V2 players will also be able to sell services they excel in, such as repair and masheening, or defense, or cooking, or healing, or trading, etc.

April’s meeting focused primarily on Estate management matters. Neo revamped the ways in which land is advertised, new descriptive text was added to each region, and there are now promotional banners – created by Aki Shichiroji – running on the SLUniverse forums.  Neo also mentioned an upcoming revision to the shop rules: out-of-theme sky shops will soon be allowed, anywhere over 4000 meters up.  These shops will still have to fit the rest of the Covenant, in that Adult-rated content will not be allowed, etc; only the theme aspect will be changed.

The biggest Estate news, however, is the imminent loss of Hambone Slash and Malady Bog.  The spring and early summer months have always been rough on the Estate, and this year was worse than most.  Responding to a confluence of factors, Neo made the tough decision to shed the regions that, historically, had the greatest struggles with occupancy.  Moreover, after having lowered tier prices significantly in 2010, he decided to return to the original prices to help keep the Estate self-sufficient.  The new prices will be a 25% increase over current prices, but all Estate land purchases will still come with the full 4 weeks of tier and free access to the WLPW asset.

RP NAME-DROPS:  A strange sickness is taking hold in those who wander The Wastelands. According to the ghoulish manimal KittyKat, she and Smokey first took ill after eating meat from an unfamiliar Tusk.  The unknown disease – which I’ll call The Plaig until there’s a better word for it – soon spread to others. Jordy, Harvey, and other residents of the Cape convened in the Junkyard for a meeting — and all were ill by the time it was over.  It seems to spread through the air itself –  I took sick just after being near KittyKat for a brief while, and even the Digger did not escape the Barrelhead Bazaar with his health intact.  The sufferers have an itchy throat, occasional dizziness, and tiredness — and some kind of internal bleeding that keeps us from ever feeling fully healthy.  With each passing day, we feel a little weaker, a little less able to hold down all our food.  Even the Healing Rocks can’t seem to help.  What this is – and how bad it will get – is still unknown.

Harvey the Bartender has been found again, beaten and bloodied, but neither dead nor Ghoulified – at least we’re fairly certain he’s not been Ghoulified.  But the celebration was short-lived:   Ozgram, the apparent mastermind behind all these troubles, has been spotted in The Wastelands, furious at his failures and seeking cold revenge.   He was even bold enough to show his face at the Barrelhead Bazaar where he was greeted with a mixture of veiled hostility and curious politeness.  He speaks fell warnings of some unstoppable monster that dwells in its cage in the Fissure.  Some call it a machine, some call it a Mutant, and some call it a load of nonsense.  He seems confident he’ll regain the key, enough to be dismissive of it entirely – but what he knows, what he plans, and what he actually intends aren’t truly known to anyone.  Not unrelated, the young Jordy has vowed to cut off the hands of Syruss, the crazed old Ghoul, for his dealings in the matter – showing once again that there’s never just two sides to any strife.  Who’s taking orders from Ozgram?  And what does he really intend?

The excavation project in Kronbelt took a grisly turn in recent days.  Members of the old Kronbelt Crew such as Jubal Quintus and Gutterblood Spoonhammer had been digging out what appeared to be an ancient bottling plant.  However, a part of the land just beyond its southern border suddenly cleaved away, creating high cliffs and an inlet for the distant salty sea.  The resulting earthquake collapsed the entire hill – apparently trapping Jubal inside.  Though he can be presumed dead at this point, he’s been known to survive worse.  With his disappearance, others ((Stohtwlasikbradia Jurassic)) have ventured into this notoriously harsh barren, daring to make it their home despite its violent history.

More scratches have been found on the ancient Mutant ziggurat in the southeast corner of Malady Bog.  Presumably it’s the work of the unknown Mutant female, glimpsed only once in darkness, who has been sporadically vandalizing the temple for the past few moons, according to Apo – whose shack was built right nearby.  A roll of paper and stub of charcoal have been left on the altar, as if to encourage others to make rubbings of the grotesque stone carvings — perhaps to preserve them, or perhaps to encourage others to destroy them.