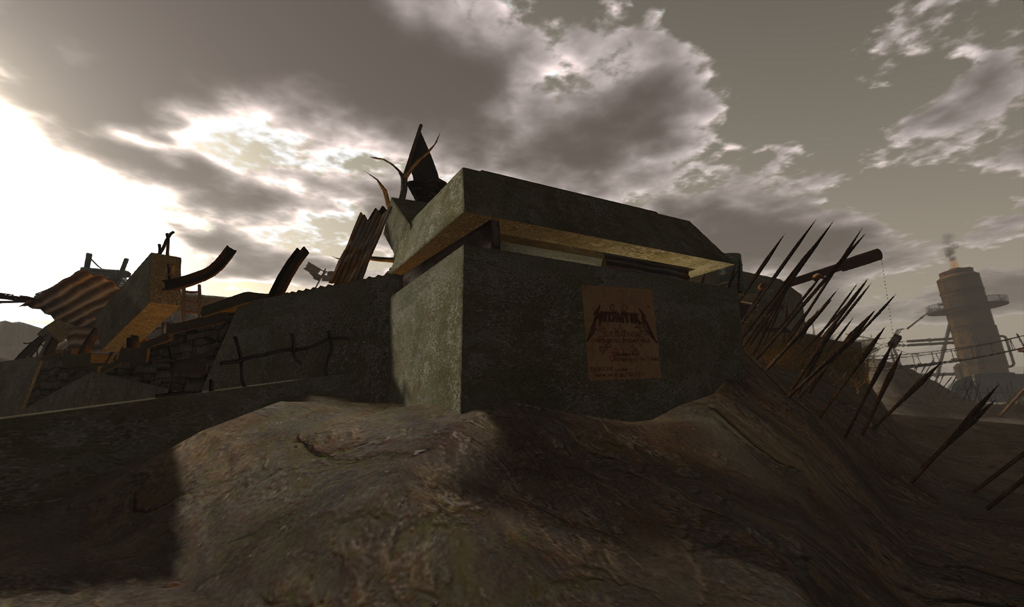 It’s hard to sum up the strangeness of the last few moons.  I’d have written it as it all happened, and tried – but coughing a gout of blood deep into the workings of a word-masheen makes it work a wee mite less than well.  But it’s clear of the blood at last, and carefully pieced back together.  Since I took the cure, the same could be said of me.  From here on out, I should be able to pick up the Weekly Pulp once again.  And there’s no end of tales to tell. Long struggles – with sickness, with Outlanders, with each other – have seemed to come to a head.  Clans thought long since dead have limped back to life.  Other alliances seem to wane. The sands have ravaged two Barrens now, burying some things, revealing still others.  Two new Traders have come to trade their wares, offering items that have not been found in our sands for many spans — and items never seen before at all.  The Season of Hoarding has come, and once again we run through the last of the heat to prepare ourselves for the cold moons ahead — and whatever change they may bring.

The Community Meeting notes for the past few months, including September, are up on the Forums.

Here is a bullet-point condensation of the whole works!

A new HUD update including the following features and changes:

In the last days of Malady Bog, the ancient ziggurat and its altar were destroyed.  Togora, a Mutant woman who spoke a strange language (Aposiopesis Fullstop,) had been defacing it slowly for moons, unable to make much progress alone – and later racked with sickness.  When she was found by the Smoothskin Tsukiko, the two began to learn enough of the other’s language to communicate — and to learn that the Mutant saw the temple as cursed, that it needed to be destroyed. Tsukiko rallied more people to the cause, and despite sickness and weakness, over the course of many hours, the unspeakable temple was reduced to ruins, not long before the Bog itself became impassable.

The Key and the Courier story arc has come to a close.  Lajka, the Firestarter, was killed — she was pushed from the bridge in The Rot, and while she held out for a long while in the shade of the Schooner, beneath which her sister was buried, she did not survive to see the end of it all.  Ozgram and his army of Black Market Ghouls raided the Barrelhead Bazaar, destroying much of it and wounding many.  Ozgram himself was killed. The Key was given in secret to Sam from the Digger.  Somehow, it had found its way back to him and he had kept it safe and secret while others fought and forgot about it entirely.  Sam used the Key to unlock the hidden door beneath the bridge in The Rot, revealing a strange lift.  She, the Mutant Witch, the Ghoulkat, and young Jordy entered the lift and fell into a hidden chamber, the lift cavern collapsing behind them.  There they met the fabled Monster, and freed it – although few have spoken clearly about what happened, down there in the dark, and perhaps it was not a thing that could be put in words but it’s telling will come.

As the weather changes, folks come and go.  A couple new groups have been trying to make their mark — the passing of a moon or two may bring changes, though; now’s too soon to tell.  But Fort Stygian and Kronbelt seem a mite more active than in past days.  Still, word on the wind says that more groups will be coming soon:  the Mutant Witch speaks of the Gathering of the Tribes.  Mutants from many clans, both in the Wastelands and in the distant Outlands, are even now walking over sand and rock, mountain and swamp, to seek the honor and protection of the King of Fire as the cold moons come to the Wastes.  Any non-Mutant would do well to hide, either far away or far underground — especially when the Big Hunt happens, and all the Mutants lay waste to everyone else they can find, hauling the bodies back to the gathering grounds.  The air will be filled with the smell of strange smoke, the scent of roasting meat that comes from no Sand Hippo or Bird Dragon, and the distant sound of voices and drums and a hundred dancing feet.