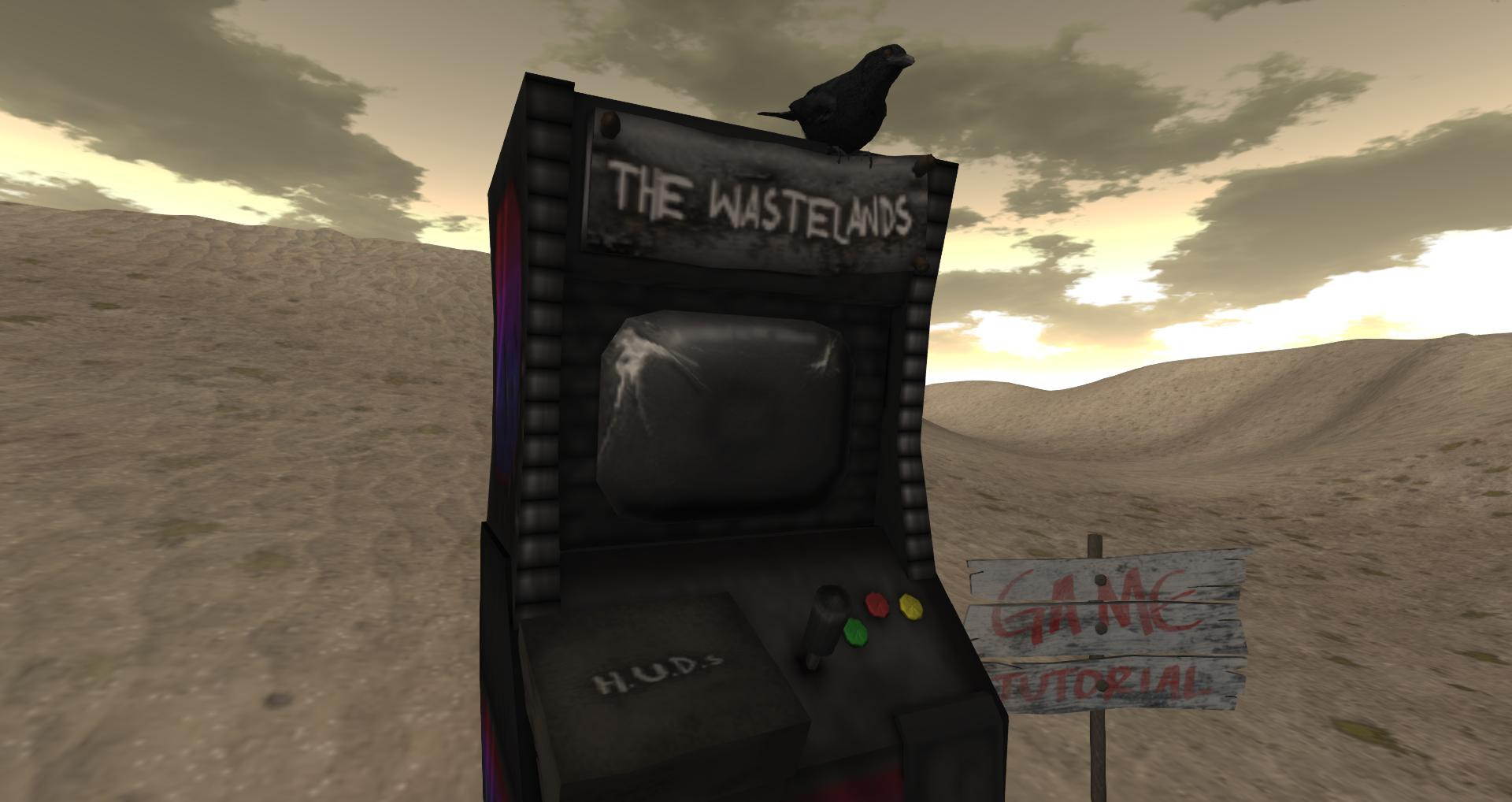 As of today, the HUDs have gotten another update.  Before I get into the nitty-gritty of these updates, and the future of the game, I’ve gotta pontificate about the large swathes of code that has changed.

Before I took the time to migrate DoT processing into it’s own script, I had no room to even attempt significant changes to the game code.  Even if I wanted to optimize things, there was just no room.  A compile of supposed changes would just crash the HUD, preventing me from even testing.  But now that the DoT processing has moved, I have had enough breathing room to make significant changes these past weeks.  In addition to that, with optimizations and all the updates outlined below, I have even more memory to work with than when I started with the last update.

During that time I’ve added stat modifiers for DoTs/Buffs/Debuffs, Races, and I’ve activated Hydration.  These are all active and ready to be used by the HUD, but no current game elements affect them yet.  Gigantic swathes of old code have been swept away, and replaced with something completely new.  This allows most new game objects to know all about each current variable in the HUD.  I know that sounds like nothing, but it opens up oh-so-many possibilities for me.

A lot of the text, messages, and menu data has been moved into a seldom used script; freeing up even more memory in most scripts and making the important scripts run more efficiently since they don’t need to parse a ton of variables to build menus or text.

As I had mentioned in the last update, DoTs are in a state where they’re being translated from simplistic old damage to highly dynamic things that affect every aspect of your character.  I had wanted to progress on moving on to changing how fire works this update, but out of an abundance of caution with all the internal changes I’ve just made, I wanted to make sure it still works like normal.  There is still significant rework planned for the dot co-processor, as I wanted to add a few more features.  If I don’t do this work now, I’ll be stuck with the choices I made last update.

As always if you feel like there’s any bugs or weirdness with these updates please let me know.

Hydration is now working. With that, the debuffs from being in various states of hungry are half as much as they were before. But there are the same exact debuffs for being dehydrated, and they operate independently of hunger.  Right now since hunger and hydration are at a transitional point, all current food sources will give the same amount of hydration as it would for your hunger bar.  There is no hydration bar, but you can see how much “water” you have when you click the HUD.  For now, the game mechanic for hunger and hydration is exactly the same as it was for just hunger alone.  In a future food or racial update this will drastically change things.

It’s been a long road to getting here, but all the code is finally in place for races and is ready to work. Right now and until a future update all players have the race of “None”.  This will always be an option for anyone who plays.  In a future update players can choose from the following races: None, Human, Mutant, Ghoul, Manimal, and Botan. For all races that aren’t “None”, they will have buffs to certain stats, debuffs to other stats, but still have an overall have a net gain of 5% above “None”.  Racial stat modifiers include:

For now, I am not going to go into super detail about what each race gets.  I will do that in a future update.  But you should know that they’re going to be very lore based.  As a generic example: ghouls could be much thirstier, but maybe they also don’t need as much food.  It’ll certainly change the game-play dynamic for everyone, and you may not be satisfied with your buffs and debuffs, but I am going to try to do a good job that makes MOST people happy.

Once you select a race, you’ll have a three real world month cool-down before you can change your race again.  I plan to offer single use game items that a person could somehow acquire with much effort, as well as offering an “I don’t want to wait” very costly L$ purchase option.

There will also be a new rule for the game, that if you pick a race, your avatar MUST appear as that race when you play the game.  If you don’t, we will suspend or ban you.  SL allows you to dress as you want, but for game play purposes I feel it’s important for others to know visually what you are, so they can properly size you up for legitimate racial changes.

Over the next coming weeks I’ll be working on this stuff as time allows: